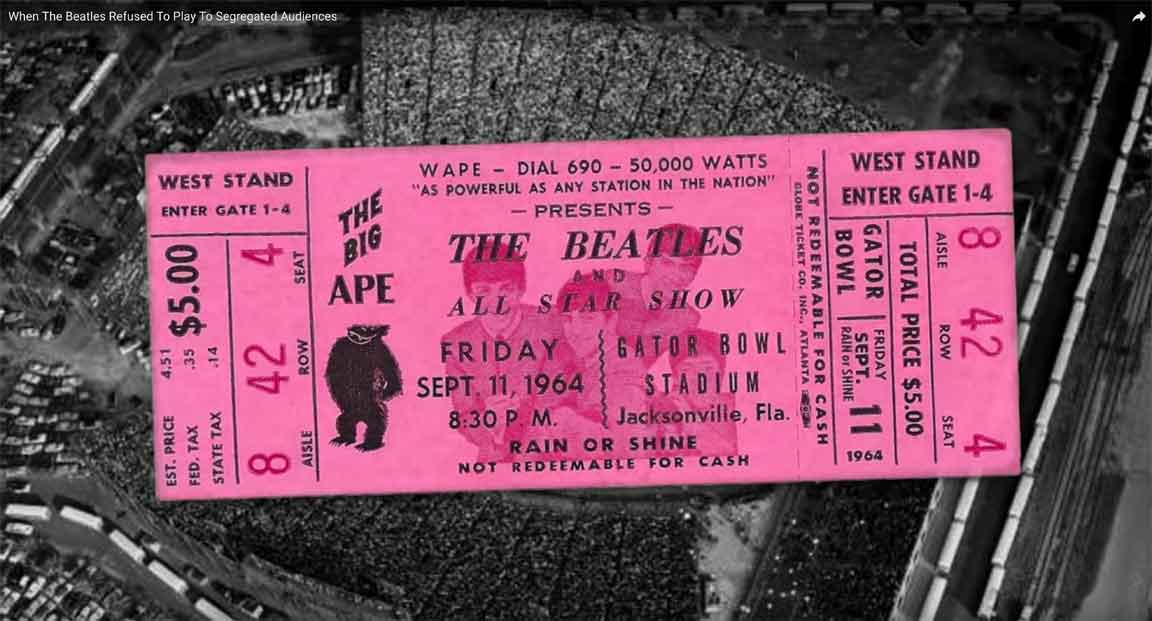 The Beatles were booked to play at the Gator Bowl in Jacksonville, Florida in 1964.

But when they found out the crowd would be racially segregated the band threatened to cancel the gig. The promoters backed down.

The policy was in defiance of the landmark Civil Rights Act of 1964, which was signed into law by President Lyndon Johnson that July and banned segregation in public accommodations.

John Lennon said that they had never played to segregated audiences and they weren’t about to start. “I’d sooner lose our appearance money,” John said with awareness of where he and the band came from personally and politically. Racism was not on The Beatles playlist!

From then on, the band stipulated in their contracts that they would not perform in front of segregated audiences.

Follow this link for more coverage on this story.