Two-yard proposal and Occupation at stalemate as Davies steps in 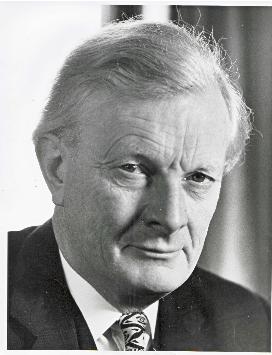 By the end of the August, Industry Secretary, John Davies, takes personal control of negotiations. It was Davies most associated with the ‘lame ducks” phrase having used it in Parliament.

Davies, a chartered accountant who worked in oil sector for BP and Shell before becoming Director General of the Confederation of British Industry (CBI). He was recruited by Heath as Secretary of State for the newly formed Department of Trade & Industry. (Authors note: In the 1990s I became the editor of DTI News the in-house magazine!)

Heath filled his cabinet with senior businessmen who had management expertise. As Davies assumed control of UCS negotiations, his London home is fire-bombed by the Angry Brigade* on 31 July 1971.

Davies meets with the Confederation of Shipbuilding & Engineering Union leaders in a tactical move that excludes the communist-led local shop stewards. CSEU union barons were most likely to compromise in negotiations particularly on the issue of saving all four yards; a demand that contained the weakest link and greatest potential for splitting the workers’ unity.

This is a crucial moment in the occupation. 400 men are made redundant by Liquidator requiring £40,000. The majority (277) decide to stay with the “work-in” and are able to continue working and receiving their average weekly wage from the campaign fund – boosted by John and Yoko – which had reached a record high by the end of September.

(*In mid-1968 demonstrations took place in London, centred on the US embassy in Grosvenor Square, against US involvement in the Vietnam War. One of the organisers of these demonstrations, Tariq Ali, has said he recalls an approach by someone representing the Angry Brigade who wished to bomb the embassy; he told them it was a terrible idea and no bombing took place.)