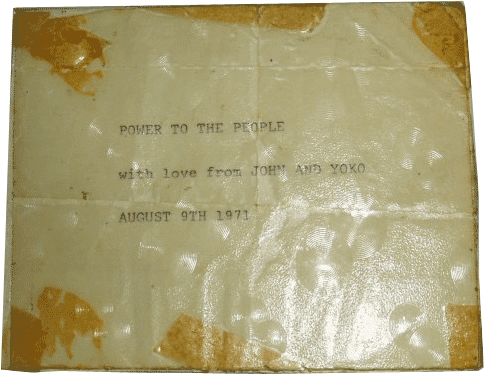 John and Yoko’s donation to the UCS fighting fund on 9 August 1971 helps propel the Clydeside struggle to a sympathetic international audience. Money and solidarity pours in to the UCS to sustain the occupation and pay wages to the courageous workforce.

However, the bulk of mail was from smaller groups, individuals and public collections.

By the end of August, the total had reached £46,353, and it was necessary to seek the services of an accountant. 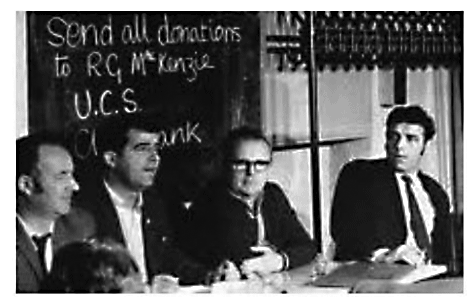 Despite my modest research into the donation story – one in which every media report, hardback history or biographical account appears to mention – after 50 years there is still uncertainty about the amount that John and Yoko donated.

While Jimmy Reid biographers Knox and McKinley (Jimmy Reid: A Clyde Built Man, Liverpool University Press, 2019) report that it was £5,000 and that the wheel of roses was donated to Clydebank Hospice rather than early researched version which was that they were donated to the maternity ward of Glasgow’s Southern General Hospital.

So, there are contradictory mixes of personal recollections which have polluted subsequent accounts. Perhaps the answer lies a future piece of research into the Beatles financial records for this author!

Even Reid himself when recalling the story admits he could not remember the exact amount – but that it was a huge amount of money at the time.

Lenin or Lennon: Bolshevik or Beatle?

Over the years, Reid often recalled the typical Clydeside humour with the anecdote about the moment the flowers arrived who they were actually from. 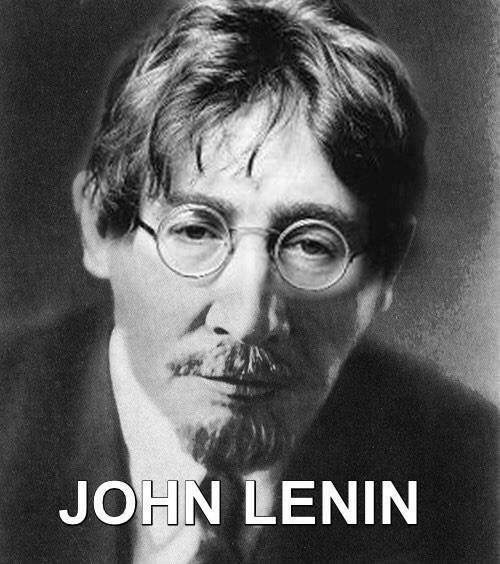 Reid says: “We were having a press conference. So, you get this crowded press room and they’re asking questions and some of the stewards that were guarding the gate, as it were. I don’t mean guarding in any sense except making sure what was going on and what was going out was acceptable.

“So they come in and they said: ‘Hey Jimmy, you’ve got a big wagon wheel out there of roses for you’.

“’I’d never received flowers from anybody, not the done thing in Clydeside for a man to get flowers and so I said: ‘Who’s it from?’ Jimmy asked.

“’But the first name was obscured and the gatekeeper had trouble working it out.

“One of the old communist shop stewards from Dumbarton, he says, ‘it cannae be Lenin, he’s deid’.” 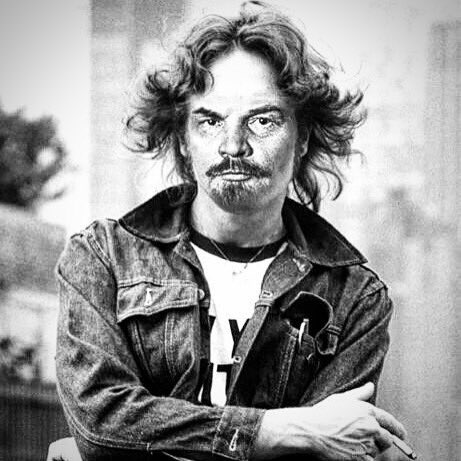 It’s a story that I grew up on and was, as a lifelong Beatles fan from Clydebank, the main reason for researching and writing this local, personal story to find out more. 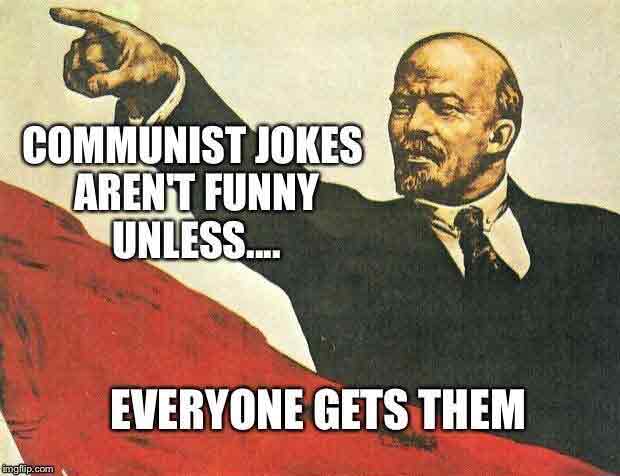 But John and Yoko’s donation did help fuel worldwide interest in the workers occupation and undoubtedly as had Lennon’s desired attempt to use his celebrity to promote this heroic fight by the Clydeside workers against the might of the British government.

Within two weeks, John and Yoko had moved to New York and decided to set up home there. He was never to return to these shores again. 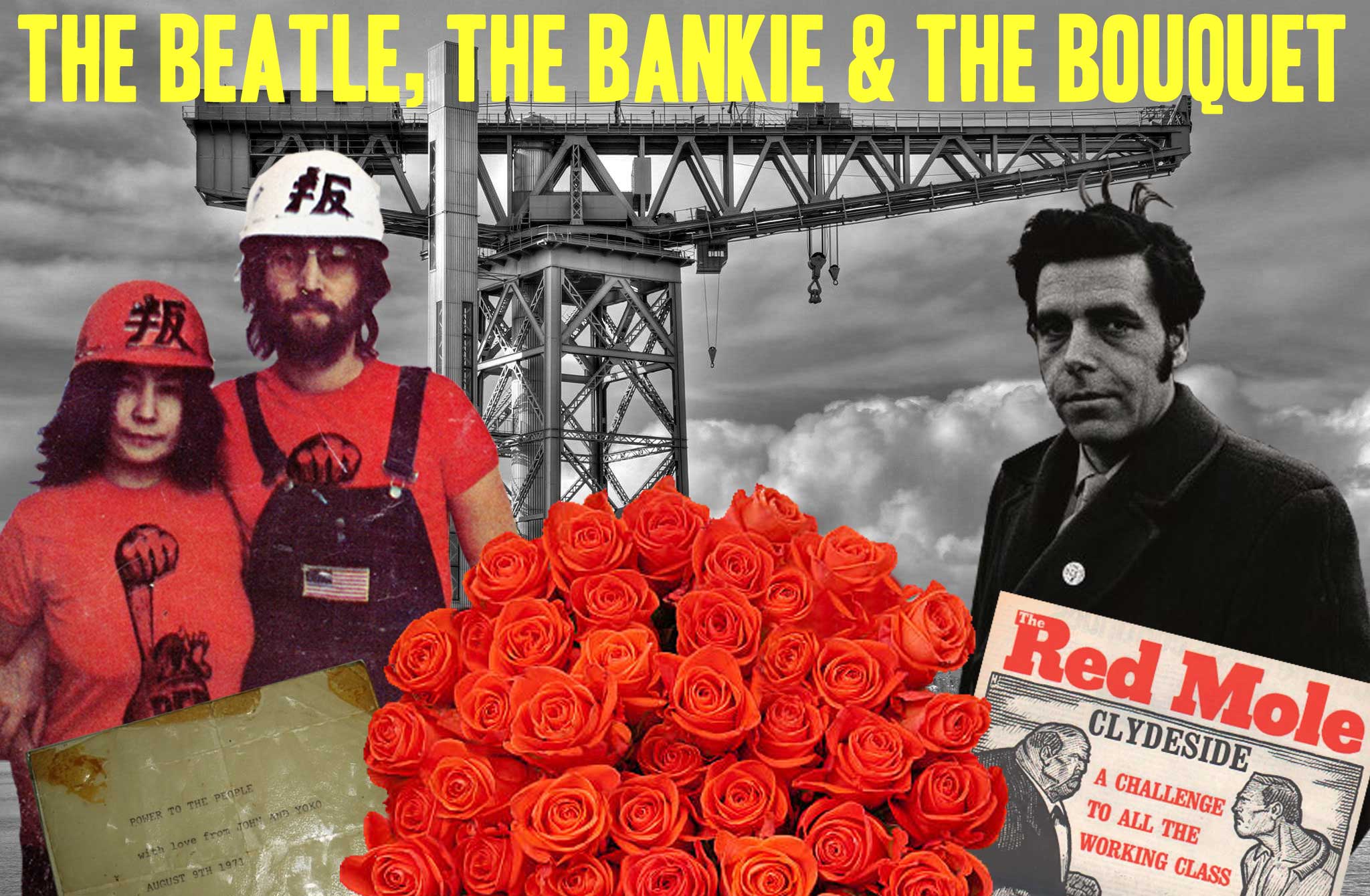