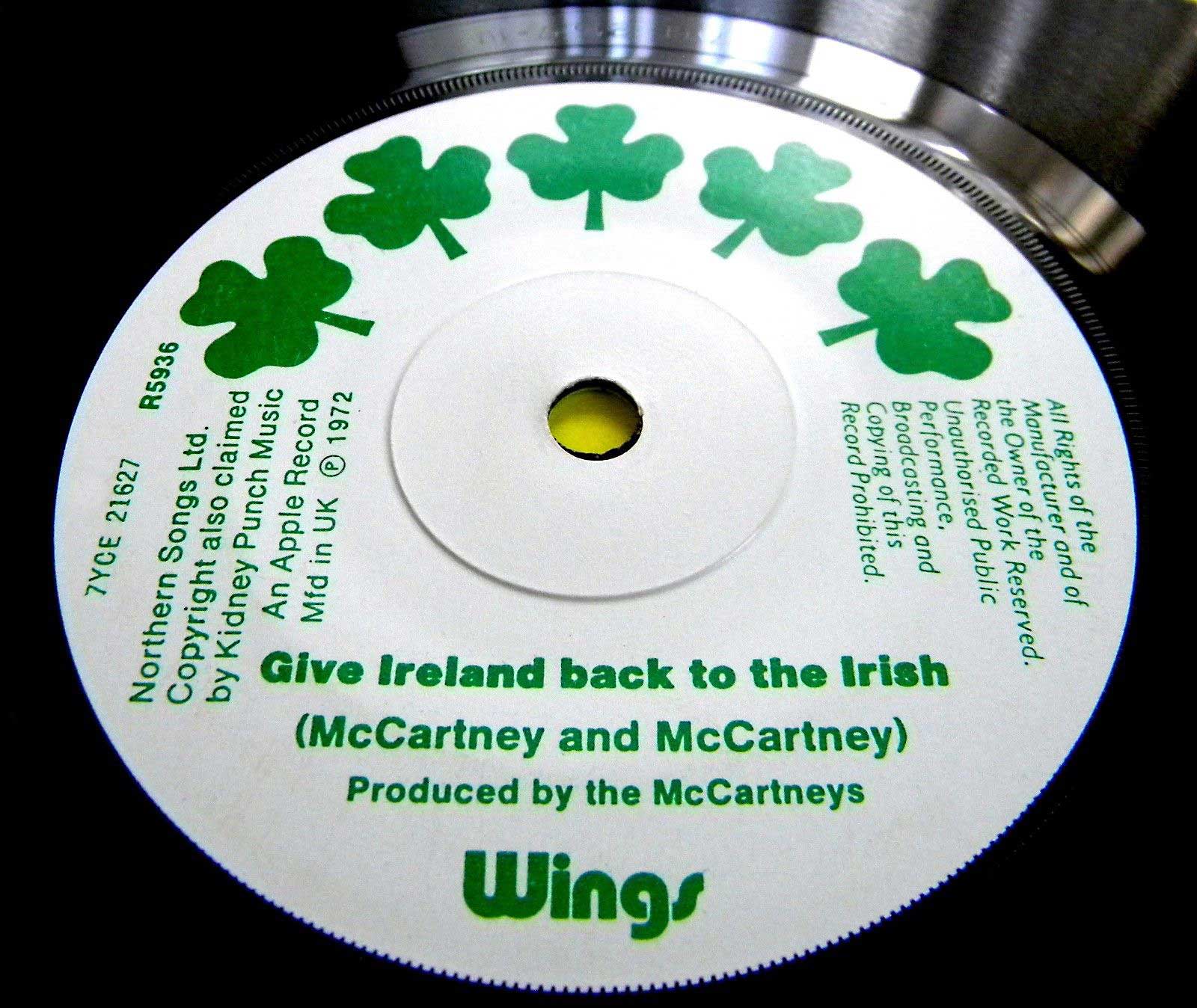 ‘I wasn’t really into protest songs – John had done that – but this time I felt that I had to write something, to use my art to protest.’ Paul McCartney says the British army killings are so shocking, he had to react with a song about Bloody Sunday in February 1972.

Being a lifelong Beatles’ fan, I can’t resist the opportunity to bring Paul McCartney into this story of politics and music.

25 February 1972, the author Globe Trotsky’s birthday as a 10-year-old, his later adult hero Paul McCartney releases Give Ireland back to the Irish. It turns out to be the debut single of his new band Wings, which I am still a huge fan of too. 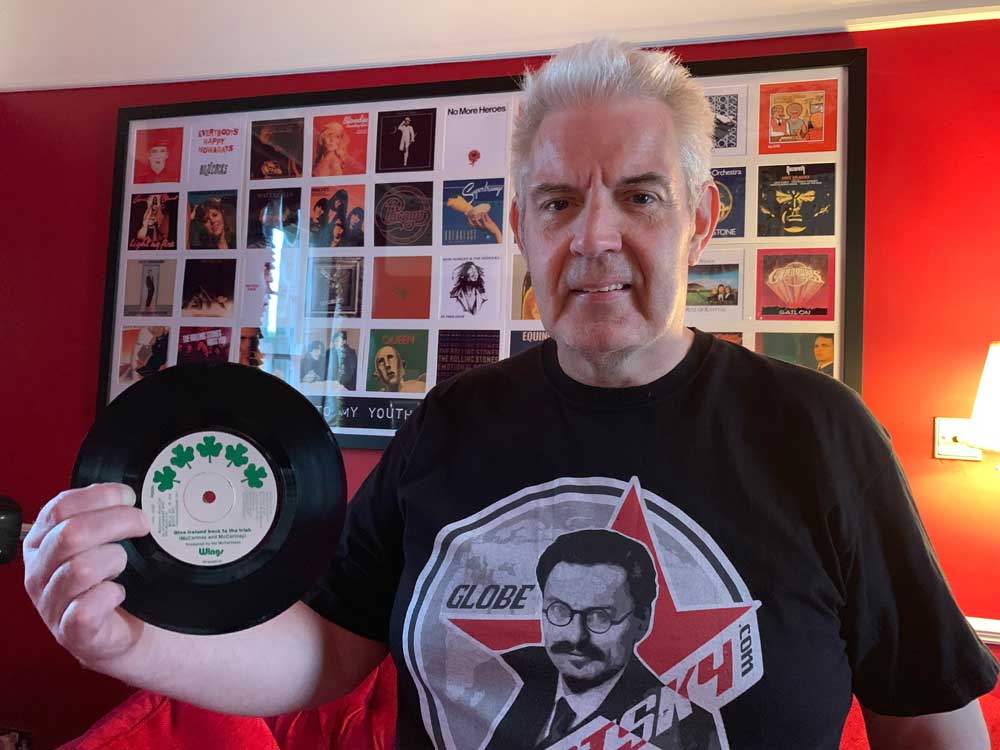 (A lot of McCartney and Lennon’s solo material was panned by the critics. Thankfully 50 years later it is being reappraised – Globe Trotsky 26 July 2021)

McCartney later recalled: “I wasn’t really into protest songs – John had done that – but this time I felt that I had to write something, to use my art to protest.

Paul reveals: “From our point of view, it was the first time people questioned what we were doing in Ireland. It was so shocking.

“I wrote Give Ireland Back to the Irish, we recorded it and I was promptly phoned by the Chairman of EMI, Sir Joseph Lockwood, explaining that they wouldn’t release it.

“He thought it was too inflammatory. I told him that I felt strongly about it and they had to release it. He said, ‘Well it’ll be banned’, and of course it was.

“I knew Give Ireland Back to the Irish wasn’t an easy route, but it just seemed to me to be the time [to say something].”

Following the murders of Bloody Sunday Paul adds: “No. You can’t stay out of it, you know, if you think at all these days. We’re still humans, you know, and you wake up and you read your newspaper, it affects you.

“So, I don’t mind too much, it doesn’t worry me, like I say. I don’t now plan to do everything I do as a political thing, you know, but just on this one occasion I think the British government overstepped their mark and showed themselves to be more of a sort of a repressive regime than I ever believed them to be.”

Give Ireland Back to the Irish was duly banned from broadcast in the UK by the BBC and other organisations such as the ITA (Independent Television Authority) and by commercial radio stations, such as Radio Luxembourg.

BBC Radio 1 DJ John Peel was the only member of those organisations who spoke out in support of McCartney, saying: “The act of banning it is a much stronger political act than the contents of the record itself. It’s just one man’s opinion.”

Paul McCartney & new band Wings perform the track at rehearsal in the Institute of Contemporary Arts (ICA) in 1972.

Wings performed Give Ireland Back to the Irish throughout their February 1972 tour of English and Welsh universities.

Further to McCartney’s refusal to include the Apple logo on the LP face labels for Wild Life, five, green Irish shamrocks appeared on the single’s customised labels instead.

Give Ireland Back to the Irish first appeared on an album in 1993, when it was included as a bonus track on the CD reissue of Wild Life.

Following a terrorist incident in London in 2001, McCartney agreed to omit the song from the Wingspan greatest hits album, recognising that its inclusion might be viewed as a gesture of support for the IRA’s use of violence.

Next, the studio version of Paul’s best known political track:

In this colour version of the track, Paul explains (on 7.00 minutes in) why he and Linda wrote the track after immediately after reading newspaper reports of the atrocity. “My army is a foreign aggressor now,” Paul admits to an ABC television reporter.