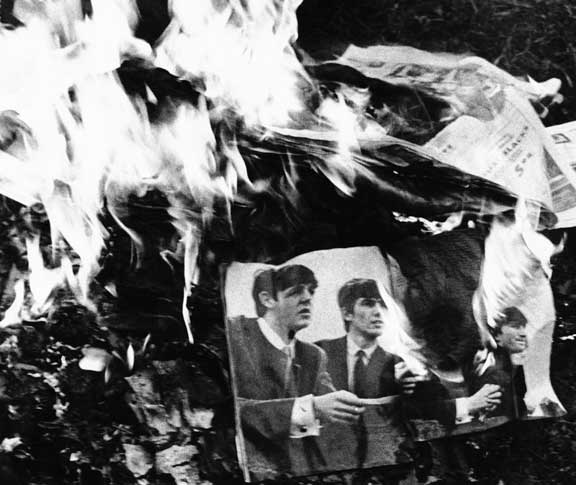 A casual comment in a newspaper interview was to cause a huge controversy for John and his bandmates, when he claimed the Beatles were bigger than Jesus.
It was so typical of Lennon to be analysing the status of the band in philosophical terms of wider culture. But his remark in an interview with journalist Maureen Cleave for the London Evening Standard saw mass demonstrations against the band by outraged Christians. 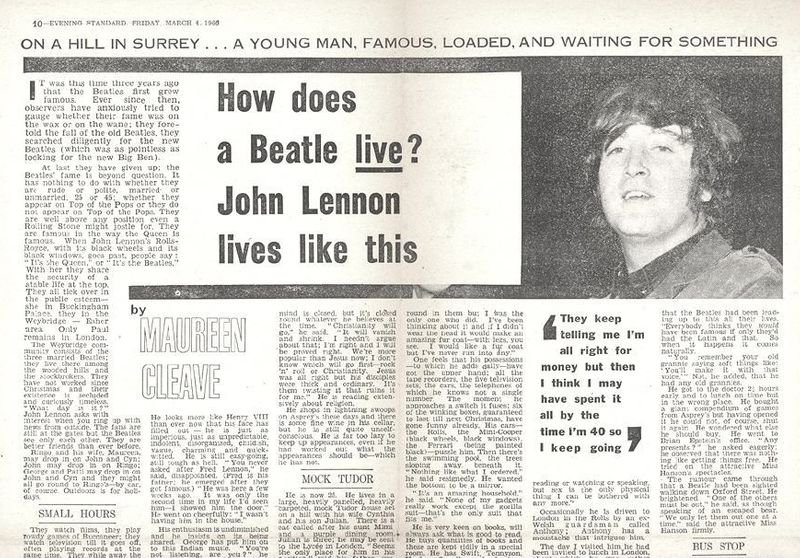 But when it was separately headlined and reprinted and in the American teen magazine Datebook on July 29th, the quote set off an international furore that threatened The Beatles’ cult status, Beatlemania – and their lives in most evangelical parts of the USA. 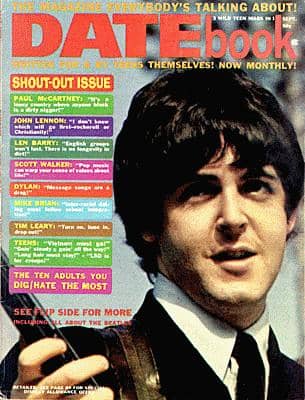 Cover of Datebook magazine which published in the USA in July 1966 with the front page teaser ‘I don’t know what will go first rock’n’roll or Christianity – Lennon’.

A repentant John was left to explain and apologise for his comments: “We’re more popular than Jesus now; I don’t know which will go first—rock ‘n’ roll or Christianity.”

They also urged listeners to destroy the band’s records. About three dozen stations joined the ban, including Memphis’ WREB and KMIL, KZEE and KTEO in Texas. In South Carolina, Ku Klux Klan Grand Dragon Bob Scoggin burned Beatles’ albums nailed to a burning cross on. Records were tossed into the flames as part of a “Beatles Bonfire.” 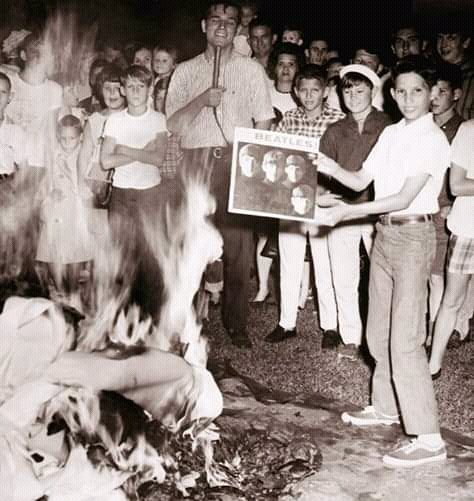 Demonstrations subsequently spread internationally. Costa Ricans burned an effigy of the Beatles in front of a church. Protests were held in Mexico City, South Africa and Spain. The Vatican even weighed in, observing in its newspaper L’Osservatore that “some subjects must not be dealt with profanely, even in the world of beatniks.” 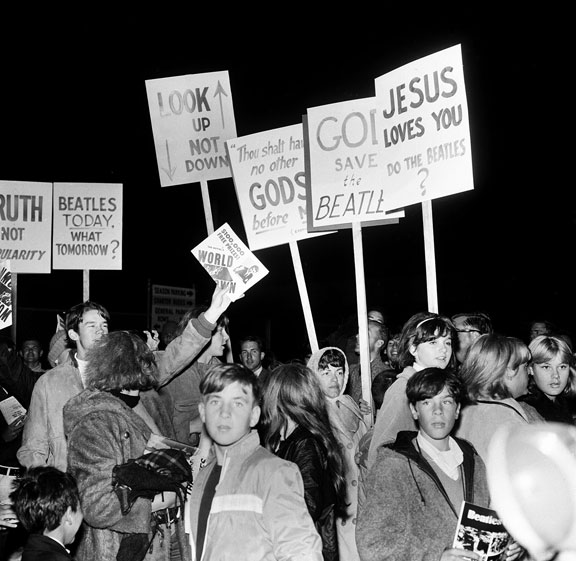 The Beatles, due to start an American tour in Chicago on 12 August, were worried it might be cancelled. Manager Brian Epstein were greatly concerned. Lennon tried to smooth things over at a press conference. “I’m not saying we’re better or greater or comparing us with Jesus Christ as a person or God as a thing, or whatever it is, you know,” he offered. “I just said what I said and it was wrong, or was taken wrong, and now it’s all this!” 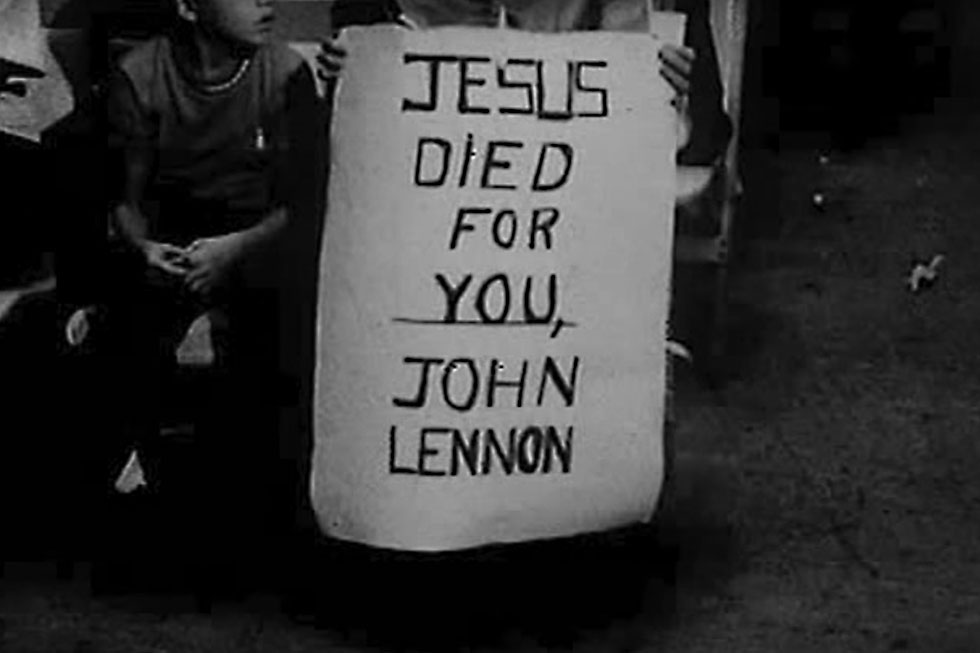 Video: Beatles trip to Los Angeles in 1966 showing a news conference at the Capitol Records building in Hollywood. A KTTV reporter asks John Lennon about his “more popular than Jesus” comment.