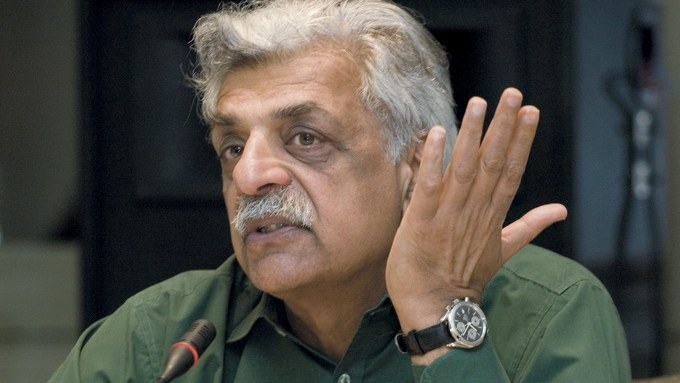 Tariq Ali was born and raised in Lahore, Punjab in British India (now part of Pakistan). He is the son of journalist Mazhar Ali Khan and activist mother Tahira Mazhar Ali Khan.

Ali’s mother was the daughter of Sir Sikandar Hyat Khan, who led the Unionist Muslim League and was later Prime Minister of the Punjab from 1937 to 1942.

Ali’s father, Mazhar, had been “mobilising peasants in his family’s fiefdom” when he was invited to join the Pakistan Times by Mian Iftikharuddin, later becoming sympathetic to the Communist cause, although he never joined the party.