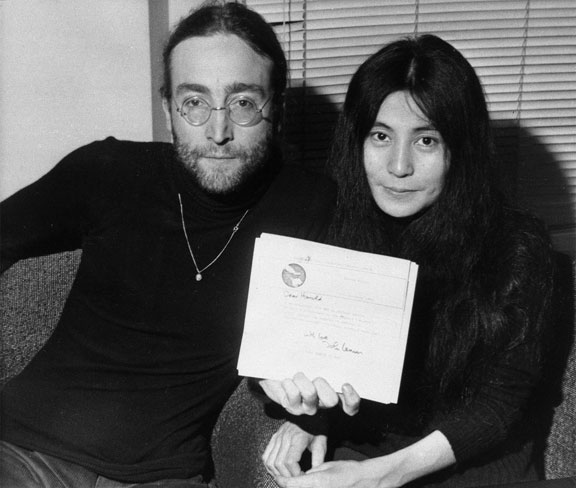 John makes the anti-establishment war formal by returning his MBE. He returns to his Aunt Mimi’s house in Bournemouth  to collect the 1965 award. In typical Lennon-infused grandstanding he combines the political with the humorous.

His main aim is to undermine the combined political and royal establishment by opposing British actions in the Nigerian civil war causing famine in Biafra and support for the USA in Vietnam; meanwhile connecting the slide of Instant Karma down the charts.

It was an idiosyncratic Lennon stunt, making a huge public statement combined with self-deprecating humour; This was an evolution from the rattle your jewellery jibe; John was learning how to play the game of global attention, while stating a political point of view, while having fun.

Following the award in 1965 Lennon said: “Investitures are a waste of time. It’s mostly hypocritical snobbery and part of the class system. I only took it to help the Beat’es make. the big time.

I know I sold my soul when I received it, but now I hafe helped redeem it in the cause of peace.”