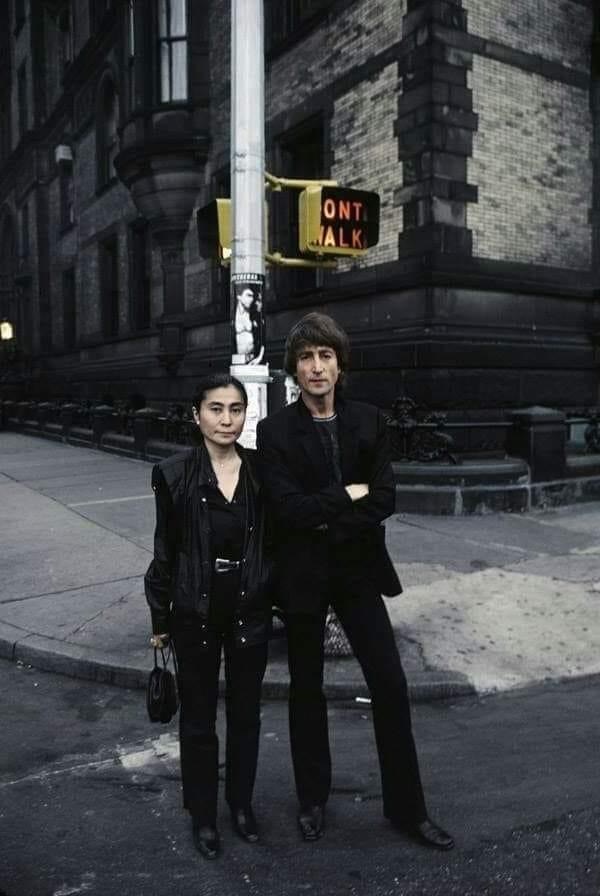 This remains one of the saddest moments in modern history. John Lennon is fatally gunned down outside his New York home.

Having brought up his son Sean at home, while Yoko went to work, John had recently returned to the studio with material for a new album.

It was the first time in six years that the ex-Beatle had written worked on an album.

On 17 November 1980 Double Fantasy is released in the United States.

Returning from the New York’s Hit Factory studio, Lennon is murdered outside of apartment in the Dakota buildings in New York.

I still have every national newspaper from that day. It was a brutal and senseless murder which still echoes today and robbed us of a magnificent Beatle and a wonderful political activist. His musical legacy lives on.

For those who say his activism was a fraud or a front, I suggest the John would have been more annoyed and more active now, than he was back in 1971. After all, he now a green card and nothing would have stopped him campaigning against the military industrial complex and its poodles around the world.