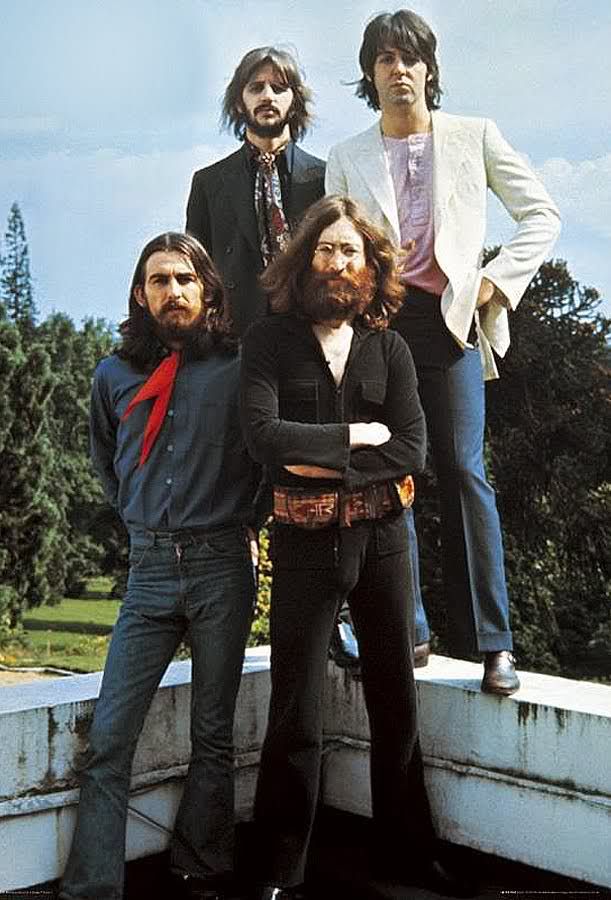 John’s recent new home at Tittenhurst is the setting to host the last images of the Beatles together as a band. Any pictures of the band after this were strictly business related and didn’t feature all four members.

The photoshoot was held on 22 August 1969 – two days after their recording session together for the Hey Jude album.

The album was a collection of non-album singles and b-side tracks. So prolific were the songwriters that the band were reluctant to include singles on their albums. This image from the shoot was chosen as the album cover. 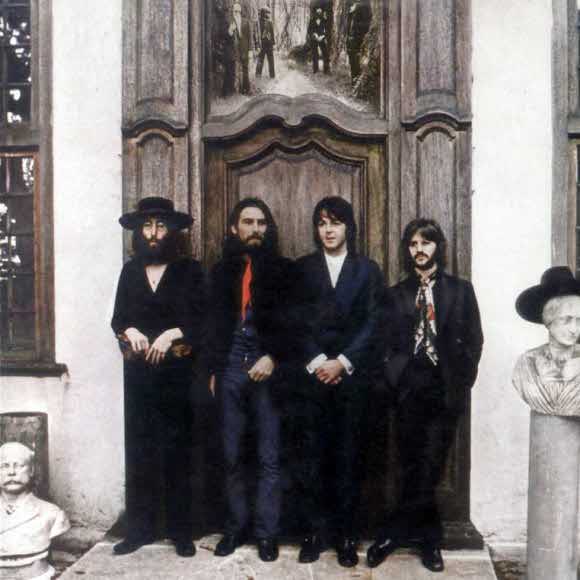 Originally, the album was to be called The Beatles Again. However, shortly before the release, the title was changed to Hey Jude in order to promote the inclusion of the top-selling song that led off side two.

The photographers were Ethan Russell and Monte Fresco, with additional pictures taken by The Beatles’ assistant Mal Evans. 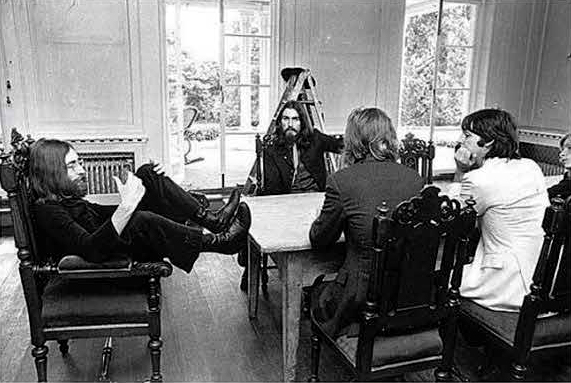 Some low-quality film footage was also shot, some of which is thought to have been shown on the BBC Two arts programme Late Night Line-Up on 19 September 1969, during an Abbey Road special. The accompanying audio is a dogs dinner of a compilation; but the footage is suitably rare for the avid Beatles’ fan to overlook. (You can always mute the audio!)

The image below is often declared as the “last” image of the Beatles together with an unintentionally prescient farewell wave to the camera. Not so fast says Globe Trotsky. 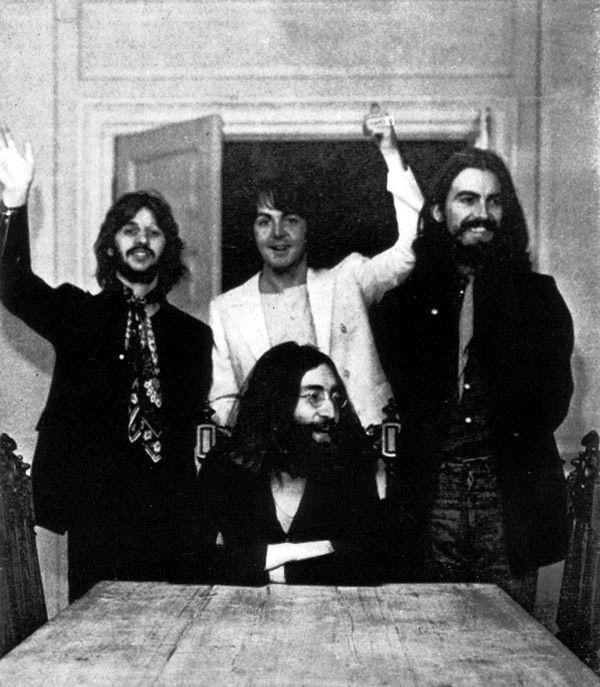 In fact, these three shots below were the last thee frames on the roll taken by Ethan Russell on the roof at Tittenhurst, with the last shot, the cover image on this timeline, the absolute last photo of all four Beatles together. A fact worthy of winning any Beatles-related quiz! 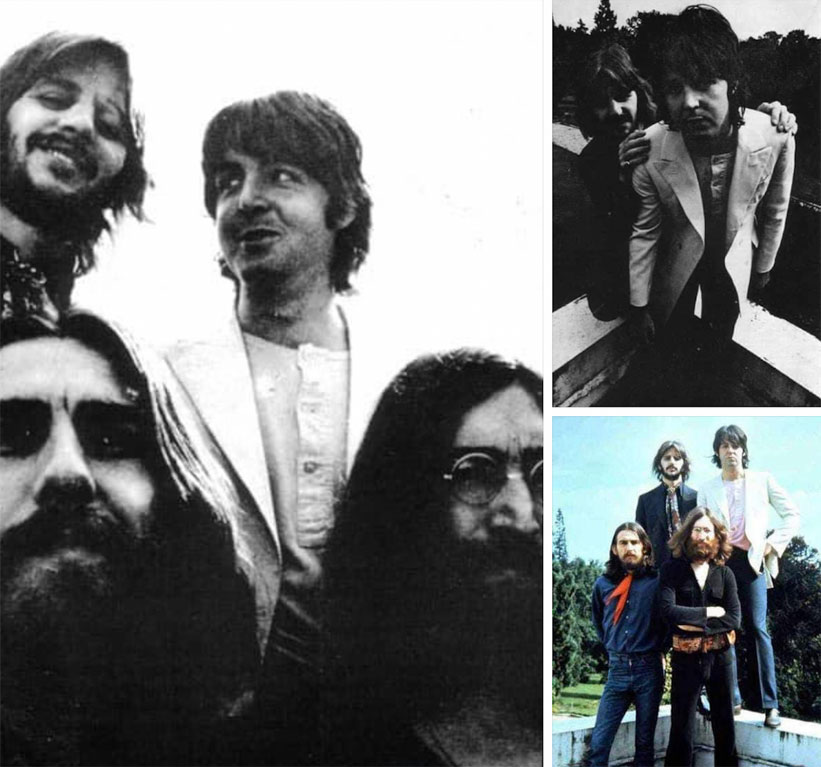 The full photoshoot can be seen in Formidable Magazine.com via this link. (Opens in a new window.)