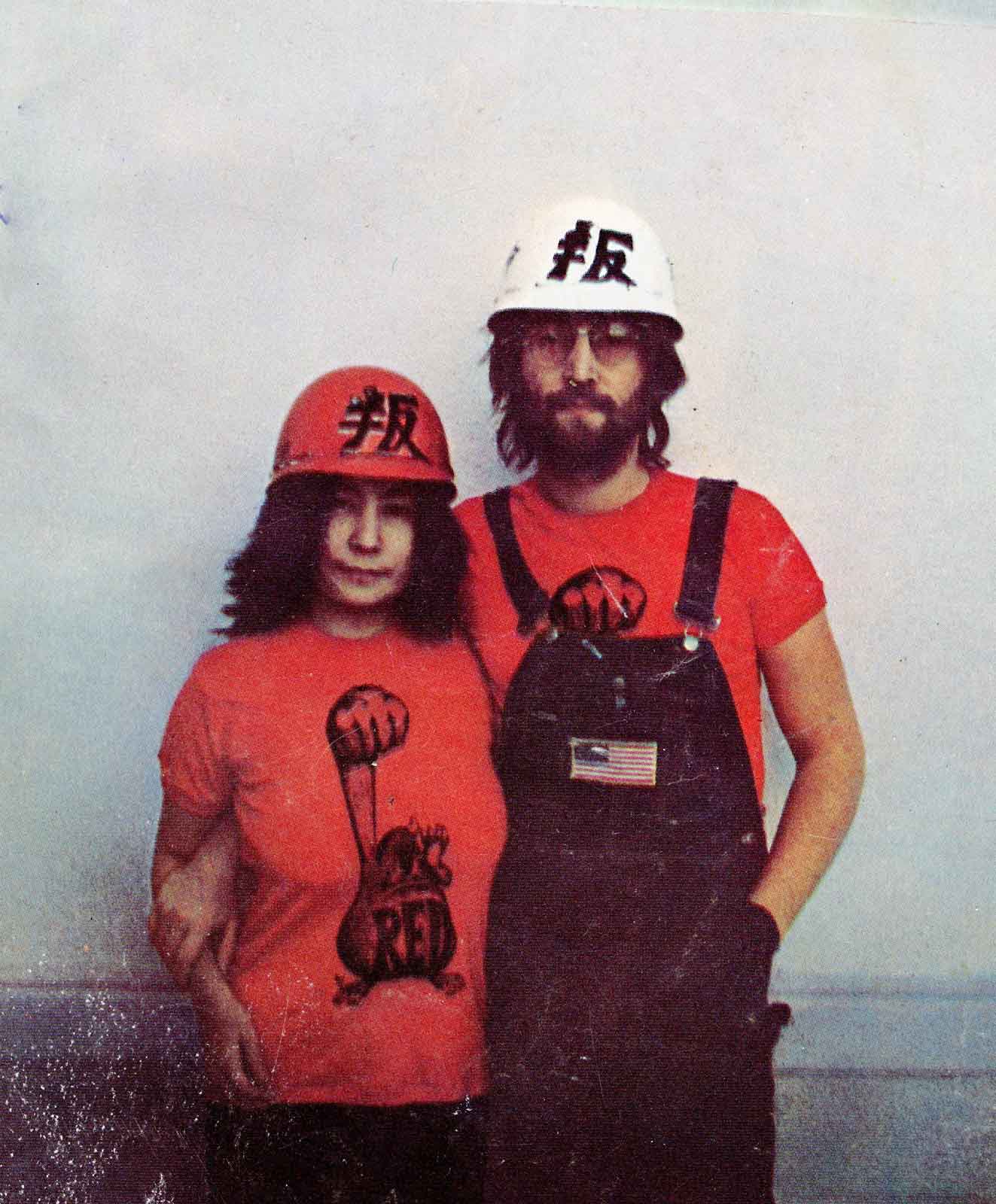 It was through Red Mole that Lennon was to become acquainted with the Upper Clyde Shipbuilders work-in. The newspaper had regular coverage and analysis on the work-in.

In his day-long interview for the newspaper John explained that his latest musical material was trying to shake off the teeny-bopper image. The ex-Beatle confirmed he wanted to transform himself into a serious spokesman for the revolutionary movement.

“I want to get through to the right people, and I want to make what I have to say very simple and direct,” he insisted to Red Mole.

“I’ve always been politically minded…and against the status quo. It’s pretty basic when you’re brought up like I was.”

John’s transformation from mop top to militant is by and large complete.

While with editors from Verso the company who published Tariq Ali’s Street Fighting Years, I was made aware how lucky we are to have a record of the interview with John and Yoko;

Rob Marsden explains: “I am certain neither Tariq nor Robin would have made any written notes. The whole interview was recorded on cassette tape and if you listen to it it is really a friendly chat rather than an overly formal setting.

“The printed version of the interview in Red Mole is a very heavily edited and condensed version rather than a transcript.

“And it is an indication of how little was thought of such things at the time that after the write up was published the cassette tape itself was simply thrown away in the office waste paper bin.

“That is how an old comrade of mine (then a very young IMG member called Rick Hatcher) came across it and he retrieved it from the rubbish.

“It was only in a conversation over 40 years later that he mentioned to me that he had it and he gave me a CD version he had had made which I then put up on YouTube.”

The audio is available below in two parts.

Full transcript of the published in Red Mole, follow this link. (Opens in a new window)

John and Yoko article published in Red-Mole in March 1971