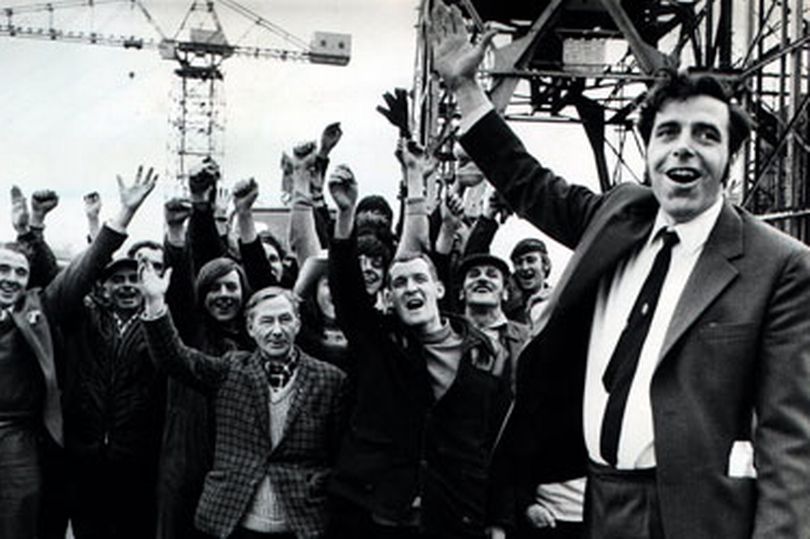 Having reached agreement with US oil rig company Marathon two days earlier, on 9 August 1972, the unions agree to the terms of the Govan proposal and the occupation ends in success.

One week later, Govan Shipbuilders became a reality. Sixteen months after the “work-in” campaign started, on the 9th October 1972, the terms of the settlement were endorsed at the final mass meeting of the UCS campaign. It was seen as a campaign to save more than jobs, it was a struggle to save communities.

The victory was sealed when Clydebank workers ratified the agreement with Marathon for the purchase of the remaining yard, the Co-ordinating Committee held their nerve and saved all four UCS yards and the majority of jobs.

Jimmy Reid’s words best sum it up when he said: “it was a victory not just for the workers but for the whole Scottish community.”

The UCS work-in stimulated a wave of workers’ occupations throughout Britain, estimated at 190 between 1971-1975.