In the footsteps of Columbus

The Dominican Republic ticks every box for the independent and imaginative traveller. From unspoiled postcard beaches and palm trees to history and culture, the Caribbean’s second biggest island has loads of it in (plastic) spades.

There were a number of firsts on this two-week break to the Caribbean. It was my visit to the region, it was my first all-inclusive holiday and it was the first time I only took a phone camera with me.

Going late in the year (after organising a national conference with work) the idea was to get away from it all and laze on the beach with a decent chance of sunshine – even in November.

The island of Little Spain

Looking into the history of the destination, I hadn’t previously appreciated that the entire island (shared with impoverished neighbours Haiti) is actually called Hispaniola (little Spain). The island was the first permanent European settlement in the Americas. And its capital, Santo Domingo, contains the first ever church set up in the Americas. Yes, European irrationalism has a lot to answer for!

Christopher Columbus first visited the island in 1492, reaching the north coast of the island, where our resort near Puerta Plata is situated. He certainly couldn’t have picked a more photogenic part of the planet.

Columbus’ voyage across the Atlantic aboard his flagship, the Santa Maria was in search of a new route to India for the trade of spices. Known as the silver city on the amber coast, Puerto Plata, in the north of the Dominican Republic, is as precious to the country as its name makes it sound. The first village in the New World was founded in this region on the 2nd of January 1494, and throughout the 16th-century, Puerto Plata harbour was of upmost importance.

A visit to the Santo Domingo

Although the capital is around three hour’s drive away, it is well worth a visit to get a taste of the real day-to-day life of the residents and to visit some of the unrivalled historic sites.

It’s also a chance to see how fertile the countryside is. Anything grows in the soil. DR also has Latin America’s largest gold mine. So, from coffee and tobacco, agriculture is hugely profitable resource for the country. If only they and their neighbouring countries were free from colonial interference to enjoys the fruits of the land. Everyone, from the French, Spanish and British to more recently the USA have had an economic finger in the pie of all the Caribbean jewels.

Although I hadn’t taken my “big” camera gear, I wasn’t disappointed. I was lucky to enjoy some spectacular sunsets and the iPhone camera managed to capture them in all their beauty.

The only drawback is the seven-hour flight: the longest time I had been on an aircraft but once you get that over with you are truly in paradise. 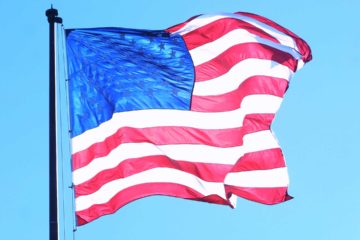