Having invited you all to join the journey, it’s about time to start producing a bit of content about Globe Trotsky’s USA 2020 Road Trip.

The working title is “Star Spangled Banter”. It’s a step up from “GT’s 2020 Trailer Trash Tour” which might offend some of the people and places I’m hoping to visit with Dorothy.

The map below shows our planned itinerary so far, arriving in Boston and then heading West. Once we reach the Pacific, heading back east towards New Orleans and then up the East Coast.

A sense of the real America

It’s actually 400 years this summer since the Pilgrim Fathers sailed from Plymouth to Boston. And it’s election year in the USA this year too. So, lots of stories and hooks along the way.

The route map is half done. I’ve worked out our planned route across the from East to West but not all the bookings are complete or the route set out in stone.

We want to cover the main cities and sights but also to take our time and stop in many of the “flyover states” to get a sense of the real America too.

It has been a fascinating process working the trip out. Firstly, being retired and having the time to properly research. The internet makes it so easy but there are so many overlapping resources that I’ve had to research how to travel research (a future blog on that!).

We fly out from Gatwick on Monday 30 March (depending on Coronavirus). It seems so long ago, since I booked the flight to Boston on 8 September last year.

At that point, the Globe Trotsky persona was just taking shape and we had no visas and just a vague notion of an American holiday. Just two single flights!

But here we are three weeks from departure and it’s all getting frighteningly close but exciting at the same time. Medical insurance check, international driving permit, check. We will be using Airbnb to cut costs and you can rent a room for around £25-£50 a night quite easily. It will be probably become dearer in the bigger cities and in high summer.

In terms of travel it will be a real mix of rail, bus, the odd flight and some car hire. After a week in Boston, we fly to Buffalo for Niagara Falls. Although it’s only 466 miles (just a bit more than London to Glasgow), it’s an 11-hour train journey.

Trains are a private sector affair, freight has precedence over passengers, rail routes are not always straightforward. A subject I will return to. Suffice to say, we will taking a one-hour flight to Buffalo.

Which reminds me, there is a report from a quiz night in a Glasgow pub where the question was name a mythical figure who was half-beast, half man. Buffalo Bill was the best stab at one table’s answer.

Retirement has also afforded me the time to get inside the day-to-day tech we are always too busy to investigage. If you want to delve a bit deeper into making your own maps, My Maps within You Tube is the place to look and this video is worth a watch too.

Another app worth sharing is Rome2Rio which will help work out the best route between locations and takes you to the booking site. Very helpful for travellers.

My research continues: I’ve been reading Howard’s Zinn’s Peoples History of American and White Trash: The 400-Year Untold History of Class in America by Nancy Isenberg.

So join us on the journey and don’t shy to leave a comment.

For other adventures and Globe Trotsky trips visit the Blogroll page. 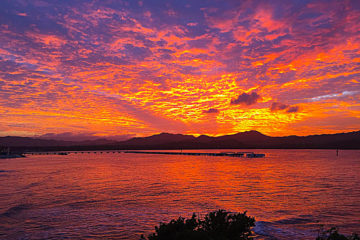 In the footsteps of Columbus

The Dominican Republic ticks every box for the photographic traveller. Unspoiled beaches, cotton wool clouds and history and culture by the bucketload.