Football, photography and travel have always been three huge passions for me. Add in politics and a unique culture and it’s a perfect trip.

When Chelsea qualified for the Champions League in Moscow, the ultimate travel adventure was in my grasp. Only minor matters such as affordable flights, entry visas and accommodation ware standing in our way.

From Stamford Bridge to the Soviet Union

Now I’ve met ingenious football reporters primed on the budget airline page to press “book seats now” – while extra time is still being played! The airlines and the punters know the score with the former pushing prices sky high for big European games. Such are the tight margins between availability and cost.

The irony would not be lost on Karl Marx. Me and my mate Ian, in the hours after the semi-final trying to beat the capitalist system at supply and demand when competition is at its fiercest and prices rocketing and seats disappearing by the second.

With multiple browser tabs opened and scanning the screen like a demented city trader (again, the irony would not be lost on Mr Marx) a split journey would be the best available option. Budget flight from London to Poland and a connecting Aeroflot flight to from Warsaw to Moscow. It wasn’t exactly cheap; but it was booked.

My reporting sidekick Ian stirred from his sleep to suggest I could use his credit card, if needed. “What makes you think I’m not already using it”, I replied mischievously!

From our freelance media work, we knew we were as good as guaranteed press passes for the match. And the chance to visit another country on our footballing travels. Not only that, a chance to walk and look at the epicentre of the former Soviet Union, its politics, its communist heritage, brutalist architecture and the magnificence of its metro.

The small but crucial matter of an entry visa (regular fans could use their match ticket) meant waiting over several days in long queues outside the Russian embassy in Kensington. The trip was finally on. Ian and I had come to enjoy travelling abroad to games. Apart from the excitement of the game and the free bar – (thanks UEFA), it was the chance to see another European city whether that be Munich or Barcelona where we had been before for Champions League matches.

Welcome to the Soviet Swanley

We landed at night and my Japanese press contact had organised an apartment. He often passed through Moscow on his Tokyo-London travels. The occupants had merely draped covers over personal goods and moved out for five days to relatives. A good many Muscovites had presumably done the same with quick, easy money to be made from so many travelling English football fans.

The apartment was just off of Lermontovsky Prospekt in the Vykhino-Zhulebino District, just beyond Moscow’s ring road – think Swanley if you’re a Londoner …or Sevenoaks, if you are bourgeoisie!

Vykhino was the closest metro station, a 15-minute ride away. A terminus station, Vykhino is one of the busiest on the Moscow network with more than 175,000 passengers a day. (Though the Tagansko-Krasnopresnenskaya Line has since been extended to reduce congestion)

You got to the metro station by hailing one of the many cheap and private minibuses on Lermontovsky Avenue. Inside was jam-packed with other city-centre bound travellers for an authentic experience of everyday suburban Soviet commuting from the mikrorayon (“micro-districts”) that have been absorbed by Greater Moscow.

Our first task was to travel to the Luzhniki stadium to pick up our media accreditation for the game final the following day. We travelled from Vykino to Sportivnaya, the nearest Metro station.

The 70,000-capacity national stadium was built in 1955 as the Grand Arena of the Central Lenin Stadium. For personal relevance, it was also the venue where fellow Scot Alan Wells won his 100 metres gold medal in the 1980 Olympics.

I’m more likely to visit a football stadium than a church. For me they are cathedrals of sport, fans as worshippers, players as deities. I’m interested in the stadium, the club and the games it hosted.

When travelling in Europe, I’m more likely to visit a football stadium than a church. For me they are cathedrals of sport, fans as worshippers, players as deities. I’m interested in the stadium, the club and the games it hosted.

But on this occasion, it was the imposing eight-meter bronze statue of Lenin mounted on a stepped pedestal of grey, polished granite which I was keen to see and photograph. Lenin stands with his head uncovered in a coat over his shoulders. The floors of the coat seem to be blown by the wind, forming folds. The leader of the Bolshevik revolution gazes into the distance.

While statues of Lenin have been torn down across the Eastern Bloc following the fall of the communism, the Luzniki monument is protected as a cultural heritage site. In 1940 its creator, M.G. Manizer, sculpted a statue of Lenin in the city Ulyanovsk, his birthplace.

The sculptor made a new version of this for award-winning Soviet pavilion at the World Exhibition in Brussels. After the expo – where the Soviets were awarded the Grand Prix –­ Moscow City Council successfully bid for iconic sculpture to be gifted to the city.

Manzier’s statue of Lenin on show (back right) at the ground-breaking USSR pavilion at the 1958 Brussels Word Fair which won the Prix and also featured a model of the Sputnik enabled the USSR to bask in the reflective glow of its scientific and technological achievement before an international audience of 40 million.

The 1958 World Fair in Brussels was a fascinating snapshot at the start of the Cold War between the USSR and the United States. Both saw it huge propaganda opportunity to show off the benefits of the respective communist and capitalist systems.

The Soviets made a strenuous effort to demonstrate that their technological achievements were equal to those of the Americans. They showcased some astonishing futuristic technology including models or the Sputnik (companion or fellow traveller in English), the first satellite to orbit the earth, a year earlier.

This caused a panic in the US who were worried they were lagging behind in scientific progress and the nascent “space race”. (Ireland stayed well out it apparently).

Both the Soviet and American pavilions were first on the list of ‘must-see’ attractions for most visitors to the fair. With the death of Stalin in 1953, the Soviets abandoned socialist realist style in favour of a modern looking steel box pavilion (pictured), likened to a refrigerator. Tellingly, the Soviets offer lagged behind in consumer goods.

The statue was installed on the pedestal in front of the central entrance of the Luzhniki Stadium (at that time called the Central Lenin Stadium). The unveiling ceremony was held on 22 April  1960 — the 90th anniversary of the Lenin’s birth.

From Lenin’s statue, after we picked up the media accreditation, Lenin’s tomb was the obvious next stop on the tourist trail. Here, selection of images from Red Square, St Basils Cathedral and Lenin’s Mausoleum before returning home on the metro.

The opulence of the Moscow metro has to be seen to be believed. I didn’t have a set plan to cover it and intend to go back again. But in terms of ornamental beauty and craftsmanship as well as efficiency, the stations – decorated with frescoes, marble columns and ornate chandeliers – really are palaces of travel; more like visiting a museum than a tube station.

The Sound of the Soviet suburbs

Ending up back at Vykino, we stopped in bar outside the station. In the couple of hours we were there a metro train left every 50 seconds without fail. Whatever your politics, those communists know how to run up a transport system.

Moscow and the main match

The following day, Wednesday, we made our way back in the city in the afternoon. The game wasn’t due to kick off until 22.45 local time – Moscow is three hours ahead of the most of GMT and those watching at home in the UK.

We were two out of 67,310 in the crowd as the game kicked off. Christiano Ronaldo put Manchester United ahead on 26 minutes. Chelsea equalised through Frank Lampard on the stroke of half time. With the sides level after both 90 minutes and extra time, the match went to penalties. Manchester United were the first to miss. John Terry had the chance to win it for Chelsea but his standing leg slipped and his penalty hit the post. Tied after five penalties each, it was sudden death. Ryan Giggs scored and Nicholas Anelka missed to give Manchester United their third European Cup. It was dramatic.

For a photographer, cup finals are relatively easy. A game of magnitude offers so much in terms of colour, passion, despair and elation, that it is packed full of photographic opportunities. It’s normally a bit of a scrum as the players show off the trophy to their fans and the photographers follow their every move with the cup.

With the penalties finishing around 1.30am and another half hour of celebration till 2am Moscow time, there is still editing to be done; downloading, choosing, captioning and sending photographs to the picture desk in London.

Shutting down the computer around 4am, we decided to wait at the stadium until the Metro reopened at 5.30am. Getting back to the flat, it was time for a good “night’s sleep” at 7am and recovery.

One throwback to the Soviet era was the communal heating in our block broke down, so we had no hot water during our stay in the apartment. I decided just to towel wash. But brave Ian perservered with cold showers. It was only when we were leaving that our hosts explained that the heating was only off for one day. Ian, meanwhile, had continued with cold showers and hadn’t even turned to hot tap on.

We had one more day of sightseeing on the Friday before returning to London, again via Warsaw on the Saturday. What a trip, what and experience. So much packed into five days. I can’t wait to go back again. The Moscow metro deserves a blog all of its own. 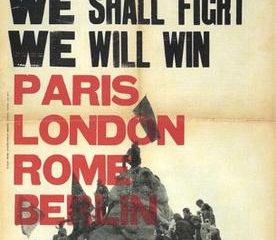 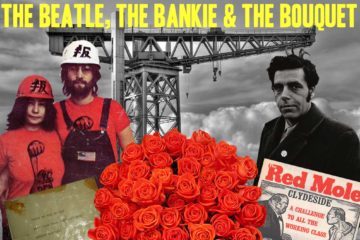